Oulton Park track days & testing calendar, this is a list of dates and events at Oulton Park for different track days and testing. Many of the events listed in this specific list are for Race Cars only. Fri 12 … Read more

So, you’ve lots of money, plenty of space, some spare time and not one, but TWO Ferrari F50′s, then what better way to enjoy them than by tying them together and having a game of tug of war!

Well that is what the person who runs the  great TaxTheRich100 Youtube channel has done in their latest stunt with an exotic car (others including rally driving a Ferrari Enzo and a Rolls Royce and doing burnouts in a Bugatti and Ferrari F50.

Anywaym enough chat, sit back and enjoy the video below of the 2 Ferrari F50′s being abused and then set head to head in a tug of war!

Silverstone is the premier UK race circuit and as such has a very packed and high profile motor racing calendar for the 2013 year, which includes the British F1 Grand Prix as the highlight. Below we have a diary of … Read more

Brands Hatch, part of MotorSport Vision, have a huge range of high profile motor racing events during 2013 with a packed calendar and racing most weekends all through the summer months. Below we have a diary of the main motor … Read more

Oulton Park will host a range of top motor sport events during the 2013 calendar, including the British Touring Car Championship (BTCC) and the British Superbike Championship (BSB). Below we have a list of the main motor car and bike … Read more 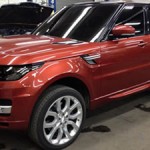 Leaked pictures of the new Range Rover Sport which is due to be officially unveiled in New York on March 26th have been leaked on the internet early giving everyone a sneak peek at what to expect. The new Range … Read more 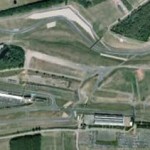 2 rare Ferrari’s sell for over £5 million 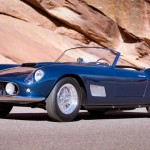 A blue 1958 Ferrari 250 GT LWB California Spider was the most expensive car to sell at the annual autio auctions at Scottsdale, Arizona. The Ferrari is extremely rare and is one of just 50 that were ever made. This … Read more

The Dunlop MSA British Touring Car Championship race calendar schedule for the 2013 year is available and will take in all the usual venues across the UK. Brands Hatch – 31 March 2013Donnington Park 21 April 2012 Thruxton – 5 … Read more

Car Fest North is to take place at Oulton Park in August this year and will be helping to raise money for BBC Children In Need. Last year Car Fest South and Car Fest North helped raise £968,735 for BBC … Read more