Leaked pictures of the new Range Rover Sport which is due to be officially unveiled in New York on March 26th have been leaked on the internet early giving everyone a sneak peek at what to expect. 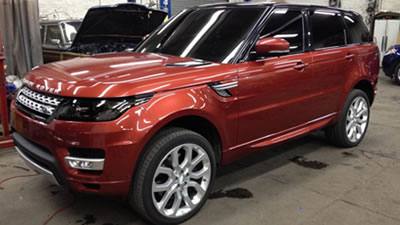 The new Range Rover Sport has taken much of the looks from the Range Rover Evogue which was launched in 2012.

The leaked pictures have come about from an employee at a window tinting company in New York who Range Rover had asked to tint the windows for them for a TV commercial, however the employee decided to post some pictures up of him next to the car to show his friends on Twitter. It doesn’t take much then for the pictures to spread across the internet and now everyone has seen the new Range Rover before they should have done.

Although the Range Rover Sport is a 4×4 there are not that many owners who take their RR Sport 4×4 off road driving.