How to Get there

Oulton Park is situated next to Little Budworth and is best accessed from the A54 or the A49.

Helecopter: Helecopter landings are permitted at Oulton Park with prior permission and costs £50 + VAT.
Location for most GPS systems in degrees, minutes and decimals of minutes is:
52° 10.45’ N ~ 00°04.60’W

The premier motor racing circuit in the North West of England is Oulton Park. The tree lined circuit is nestled in the heart of the Cheshire countryside and is one of the best circuits in the UK.

Located in the heart of Cheshire in the North West of England, Oulton Park is renowned for it’s picturesque tree lined race circuit that has long fast straights, tight chicanes and hairpins and fast sweeping corners as well as up and downhill sections! 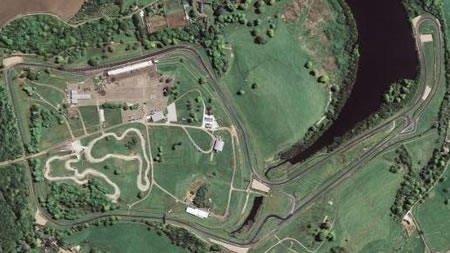 Oulton Park circuit is owned by MotorSport Vision, the same owners of Brands Hatch, Snetterton, Cadwell Park & Bedford Autodrome. So it is little wonder then that Oulton is one of the best in the country with owners who own 4 other race circuits and know.

The great thing with Oulton Park race circuit is that it offers spectators and drivers/riders so much. For spectators, the picturesque surroundings and the tree lined circuit make it a brilliant spectacle to watch, with loads of brilliant vantage and viewing points all around the track as well as brilliant facilities for anyone visiting the circuit.

In 2007 the Oulton Park circuit was voted best UK circuit by Superbike fans!

The race track itself is stunning too, it is not a flat circuit and test drivers ability to the max, it is full of rises and blind crests, as well as up hill and downhill sections and fast sweeping corners so slower hairpins and chicanes!

For those who want to test their own driving ability around the Oulton Park circuit there are open day sessions through the year where drivers can go on track in their own cars or bikes for half day or full day track sessions.