Silverstone is still the home of the British Grand Prix and is without doubt the most famous racing circuit in the UK. Drive Silverstone in one of the many different Silverstone driving experiences they have on offer. 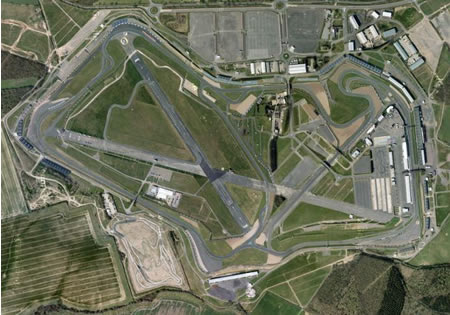 When people talk about British Motorsport, Silverstone is not far from their lips. Silverstone was the venue for the first ever FIA Grand Prix in 1950.

Being such a well known race circuit, it is little wonder that people want the chance to Drive Silverstone and they can now do this on the different Silverstone driving experiences that have been set up to give ordinary people that fantastic opportunity!

Famous Silverstone Straights & Corners that you could drive on a driving experience:
Maggots – named after Maggots Moor
Becketts Corner & Chapel Curve – Due to the ruins of the Chapel of Thomas à Beckett
Hangar Straight – Two aircraft hangars originally stood next to the straight so ti was named because of this
Stowe Corner – Named after a famous school called Stowe School to the south of the circuit
Club Corner – named after the RAC club in Pall Mall
Abbey Curve – close to the site of the ancient Luffield Abbey
Woodcote – The location of the RAC club in Surrey